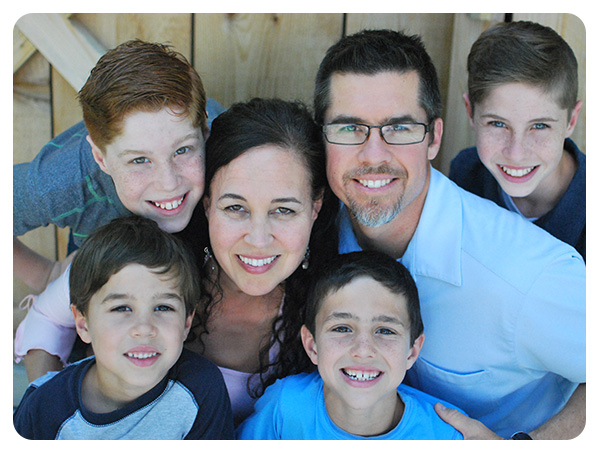 ELDER CANDIDATES
Ascent Family,
We have been engaged in a prayerful process over the past few months of discerning from among a number of qualified candidates who the Lord might confirm to serve on our elder team. Through many hours of meetings, prayer, and discussion, we believe the Lord has led us to the right two men to present to you.  Jeff Collins and Parker Lohrenz have both been found to be humble, godly men of character who are qualified to serve in this role- and have both agreed to continue in this process. We have included a brief bio below for your reference.

Process
For a two-week period beginning Sunday, January 19th, you have the opportunity to engage with one of our existing elders if you have a concern about either Jeff or Parker serving in this leadership role. Any concerns will be followed up appropriately by an elder. If, after this vetting period, there are no concerns that might disqualify either of these men, there will be a congregational member vote February 2-4 to affirm their character and confirm them to our elder team.

If you have any questions or concerns about either of these two elder candidates, please contact one of the elders listed above on this page, and he will follow up with you. Thank you for prayerfully engaging this important process as we follow Christ, the Chief Shepherd of our church.

ABOUT JEFF COLLINS
I grew up in a Christian home in Lafayette, Indiana, where I lived until I graduated from Purdue and joined the Air Force. My wife Kathy and I met while both were attending graduate school near Kathy's hometown in upstate New York.

I first moved to the Monument, Colorado area in 1996 to teach English and Technical Communication at the Air Force Academy. We subsequently moved around the U.S. and the world for Air Force assignments. Our son Henry was born in Adana, Turkey, and daughter Ava was born in southern Virginia.

Our family returned to Colorado and the Air Force Academy in 2009 and attended Tri-Lakes chapel for the four years we lived here, joining an active base camp and growing in our faith. In 2013, we moved to northern Virginia for a Pentagon assignment and I became an elder in our congregation at the Arlington Community Church where I served for almost three years. We led a small group and loved getting connected with our neighbors, having been equipped by Tri-Lakes Chapel in The Art of Neighboring, a book the whole congregation read for a sermon series. We also went on a family mission trip to Thailand with our church.

We returned to Monument in 2016 and moved into the Woodmoor neighborhood to live closer to The Ascent Church. In 2019, I left my assignment at the Air Force Academy after deploying to Afghanistan and I'm now serving at Peterson Air Force Base until I retire in September 2020. We love our base camp and I have helped with the church's charity 5K Run for Hope against suicide.

To us, managing our household well means leading with love, participating in community, and following biblical principles. I am striving to grow as a Christian husband and father through Bible study and prayer - which provides quiet and adequate space for hearing from the Lord - and engaging with other Christians through base camp life and the Tuesday morning men's group.

ABOUT PARKER LOHRENZ
I started out as a good kid, in a good family, attending a good church.  Intellectually, I knew about the Lord from an early age. Then my parents got divorced and my dad lost his job. It became clearer to me that despite the good I had tried to do, life was out of my control.

In high school, I was able to go on a life-changing retreat for Chrysalis (the youth version of Walk to Emmaus).  From that moment on, I realized that God hadn’t just saved me to be a good person on my own, but He wanted to have a relationship with me. I started to do life with God, not just for Him. He saved me from the tyranny of perfection and trying to do my best to be a great Christian. The man I am becoming is only possible by continuing to surrender myself and allowing God to redeem me.

After marrying my beautiful wife, Andrea, in 2012, we have called The Ascent home.  Over the years, I’ve served with set-up/tear down, in the tech booth, and currently as a co-leader of a small group in the Whole-hearted Discipleship Cohort. We have a precious daughter, Amelia (4) and are currently waiting on the Lord for a domestic infant adoption placement. As a family, we love to hike, camp, ski, cook and eat delicious food, and have wrestle/tickle parties after dinner.

As an electrical engineer, I’ve spent most of my career building and designing wind and solar work projects. My work travels have taken me from California to Maine, then northern Canada, and eventually Montana, which is how I met my better half.  I currently work for Black & Veatch in Denver and am thankful for the Bustang and the flexibility to work some from home.